The Ember Sword Chapter One 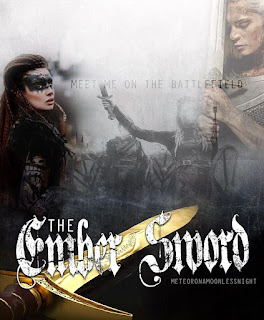 The Prophecy of The First Blood declares the Ember Sword shall be in the care of The True-Sworn for eternity—which is how long the clan will live if they can keep the enchanted sword out of the hands of The Forsaken. With the enemy bearing down on them, the chieftess and her daughters must prepare for the coming battle.


Pictures can be found under the tab 'Ember Sword Pictures.'
Posted by Lara Norman at 8:00 AM

Email ThisBlogThis!Share to TwitterShare to FacebookShare to Pinterest
Labels: ES