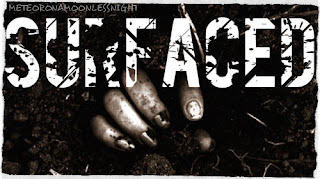 
Not dead, not dead!

Squirming shifted the dirt. One ragged fingernail scratched through the surface, followed by a finger. An entire hand freed, struggling for release from an earthen coffin. Kicking, fighting for life, flailing and raging against injustice. Coughing out carbon dioxide, gulping in clean air.

As one of the best arson investigators for the city, Edward Cullen is called in on most of the fires that give the chief cause for suspicion. The fire this night is different, however; he overhears some chatter on the CB about a home on nearby Oleander St. having gone up in flames and the chief not liking the alibi, so he decides to head over. The usual rescue vehicles are there putting away their gear: ladder truck, tanker, ambulance, police cruiser. He expects to have to watch the firefighters as they finish up, but he doesn’t expect to be there in time to see the apparent victim of the house fire standing on the sidewalk out front.


Edward parks his truck by the wet curb and gets out, heading over to the chief’s truck and glancing up at the large two story Italianate with khaki colored siding and white trim. It was a nice house in a nice neighborhood. Turning his attention to the chief and the victim, he notes the guy is wearing an oxygen mask and has a blanket around his shoulders. He’s acting nervous as hell, gesturing with his hands before running them through his blond hair. He continuously glances back at the house every time he removes the mask to speak, until finally he’s loaded into the waiting ambulance.


“What’ve you got, Black?” Edward asks the fire chief, walking up and shaking his outstretched hand.


Billy scratches the back of his neck and looks between the ambulance and the investigator. “Cullen. I guess it’s a good thing you’re here. Police answered a call about a stranger coming to the door for help, and instead the house was fully involved when they arrived. Now I’m getting vibes from the owner. Claims his wife left a candle burning before leaving the house and that he fell asleep, and doesn’t know squat about the call. Never seen a fire victim who looked so polished, though. No soot, no cough, not a hair out of place. We’ve treated him like a victim, taken him to the hospital. We’ll let him milk it while you check it out. It won’t be cooled off enough for you, yet.”


“I’ll just do some snooping around in the less burnt areas. Thanks, boss.”


Billy goes back to helping his men reel in the hose while Edward walks down the driveway and around to the back of the house. Taking out his flashlight, he shines it at the back steps, then the back door. Can’t even tell there was a fire from the back. He circles back to the front door, or what’s left of it; it’s mostly a charred door frame. Stepping carefully, he heads into the foyer, glancing into the rooms on each side. Everything is wet, but the room to the right is unburnt. He walks in and looks around, at silver-framed pictures of a young blond couple in expensive looking attire, at antique furniture and oriental rugs. There’s leftover cake with indecipherable writing on it sitting on the coffee table. Three china plates, three forks. Four glasses of differing styles, four napkins.


“If someone had a birthday or other celebration, where would the wife have gone? Who were the other two participants?” Edward speaks into his pocket recorder as he paces the room.

He was forced to endure a party to celebrate his birthday with the most boring people in his life. He could have thought of a dozen things he'd rather be doing, but appearances mattered. Pretending to be a perfect, upstanding citizen, he smoothed the sweater draped over his shoulders and headed back into the sitting room. Jane was nothing if not meticulous when it came to planning overblown parties, and she hadn't failed to make a big deal out of his birthday. A half-eaten cake still adorned the cherrywood coffee table, accompanied by tumblers full of amber liquids, half empty glasses of wine, and dainty china plates littered with crumbs. Wrapping paper was dutifully taken to the kitchen trash, and presents fawned over.


It was all terribly dull.


He longed to disappear to the club, to smoke cigars and get shit-faced with his true friends. At the very least he wished to escape back to his one bedroom apartment downtown, something all of the most important men at the club had. It was shrewd to keep separate residences in which to hide their alternate lives. The circle of influential businessmen opened up a utopia the day they invited him into their inner sanctum, sharing all their most delicious secrets. White collar men were not drug addicts, they merely dabbled in the finest of the world’s illicit substances to improve their performance. Their careers were better, their sex lives greatly enhanced.


Secrets were kept, for if you broke the sacred oath of trust, your neighbor had more dirt on you than you did on him.


“Caius, can I get you anything?” Jane asked, bringing him back to his current reality.


He looked up at his vanilla wife; pale skin, blonde hair in a flawless chignon, pink cheeks, pink lips. Their sex life, such as it was, consisted of four minutes of missionary position every Tuesday night after the poker game, strictly to keep her from hounding him. His brain flashed unbidden to dark hair, red lips, a rounded ass. The forbidden. It was far too late for that.


He smiled politely at his mother in her lavender twinset complete with pearls and kitten heels. His father was next to her on the antique chesterfield, wearing a cashmere sweater vest and tan slacks. He found them tedious to deal with, but he stayed in their good graces in the interest of inheriting their money and the family business one day, hopefully sooner than later.


His father proceeded to drone on about the latest stock prices for the company, which Caius gladly tuned out. Jane sat on the arm of the chair he was in, one hand on his shoulder. He felt the irresistible urge to shake her off, to call her a stupid twat and send to her bed in tears. He glanced down at his wrist before he remembered his watch was no longer there. His heart rate accelerated slightly as he recalled what happened mere hours before.

The stairs at the front of the house are unuseable, so Edward heads to the kitchen. At first glance, everything seems in place.


It’s not Edward’s job to worry about first glances.


Wrapping paper in the trash. A small china plate and a fork in the sink confirm his earlier thoughts that there were a total of four people in the house at some point in time today. He checks the dishwasher, finding what could have been used at breakfast. On the far back counter, he finds the cake box with the price sticker attached, reading ‘Happy Birthday Caius’.


Not having a wife of his own, he assumes that on a man’s birthday, the couple sticks together. Not always, surely. But what would be so important that she’d leave? As he turns to use the rear stairs, his flashlight catches something on the floor.


Dirty footprints. Not shoe prints, but a small bare foot covered in mud. Squatting, he pulls the pen from his shirt pocket and scrapes a little at the spot. Dried. Clumpy and easily scraped away. Leading to a chair at the bistro table tucked under the window in the corner of the kitchen. On the table is a glass of water with a dirty mouth print and a dirt-smeared washcloth.


He follows the footprints with his flashlight, and they lead in two different directions. In from the foyer, and over to the back stairs. Edward really wishes the fire was cooled off enough to investigate the other room at the front of the house, but instead heads up the back stairs, careful to avoid the footprints.


They lead to an untouched room on his left. He follows into the bedroom and through to a bathroom. He finds dirty, ripped clothing folded on the sink, and dirty handprints on the white tile of the shower. Feeling more than vibes now, he pulls his phone out and calls his buddy at the police station.


“Hale? This is Cullen. I’ve got something you need to look at.”

Her vision was blurry, and she futilely wiped at her face. Wet soil clung to every part of her, obscuring her face and body. Her hair hung matted and tangled. Her teeth chattered and her bones ached. Hugging herself, she forced one foot in front of the other down the cracked sidewalk. There were lights up ahead, a contradiction to the dank hole she escaped from. Her brain moved sluggishly, slow to give directions to her body. As she passed houses, she glanced in the dark windows until she reached the one that was lit up.


Her feet started to carry her up the front walk, but movement at the next house down caught her attention. Their lights were also on behind a bay window, and she stood half-alive, staring at the domestic bliss like a movie played out in front of her face. Pale blond hair shone under the fancy floor lamp she could identify if she had her wits about her. An equally blonde but petite woman was perched on the arm of his chair. Her heavy lids blocked whoever they were focused on, but she watched the woman laugh and place her hand on the man’s cheek. Only she recognized that cold expression on his face, making it clear he didn't even like the woman.


Without much thought, she shuffled to this house, this fake representation of suburbia. Slowly, painfully, she climbed the steps to the front stoop. She leaned against the door, trying to catch her breath. Her throat burned, and her lungs were filled with knives. She shivered violently but managed to press the doorbell.


As the chimes rang throughout the large house, she passed out. 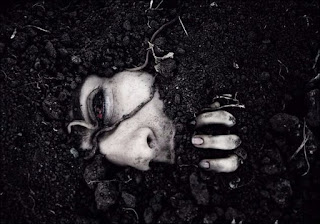 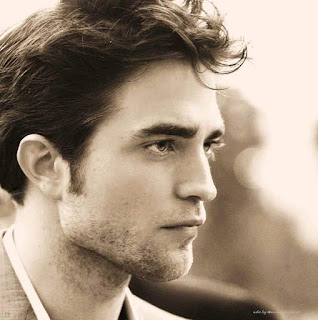 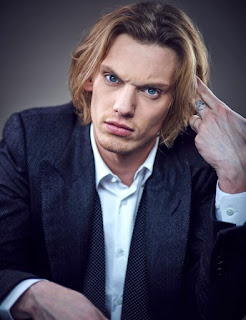 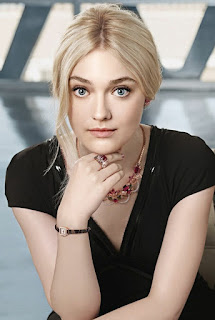 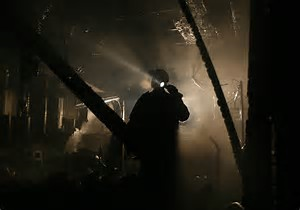 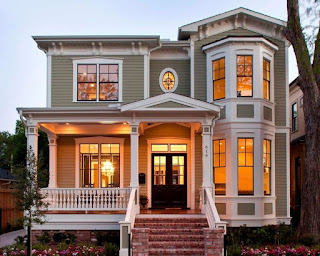 Email ThisBlogThis!Share to TwitterShare to FacebookShare to Pinterest
Labels: srfcd